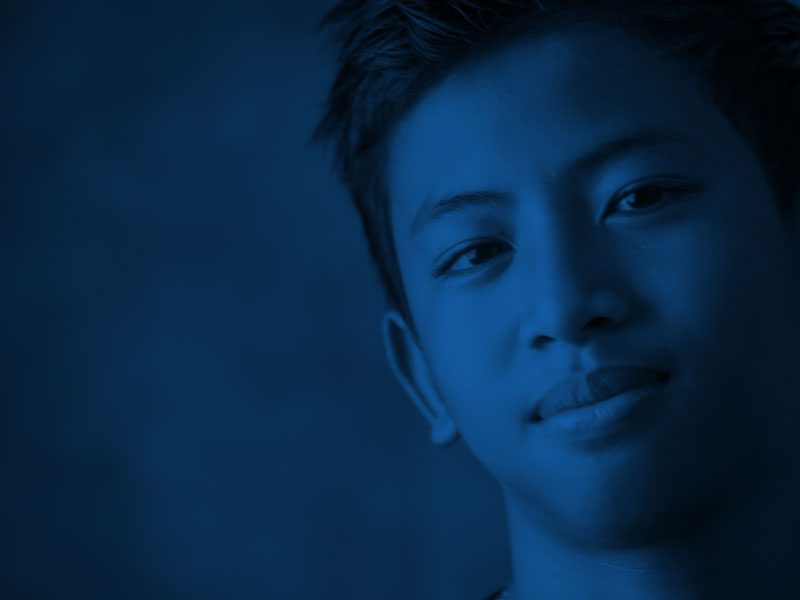 Ratha is a 12-year-old boy who during the day helps his parents at their hardware shop, and during the evenings likes going to internet cafés to play games online with his friends and surf the Internet.

What does Ratha want to do?

Ratha sometimes feels lonely and that his friends don’t really understand him. That is why he likes meeting new people online. It is easier for him to make friendships online and talk to people who are more similar to him. Some of the people he meets online are through chat rooms. There was one friend he met online whom he really enjoyed talking to. One time, the online-friend said he had something really “cool” to show him, and asked if they can chat in a private chat room so he can send it to him personally. He then sent him a video of two young naked boys touching each other. He asked Ratha if he also wanted to make a video like that. Ratha did not like the video, but he liked chatting to this person and didn’t want him to think he wasn’t cool.

Should Ratha make a video of himself?

Ratha really likes watching videos on YouTube and on other video streaming sites. He finds many funny and crazy videos that make him laugh. He likes searching for new videos and always presses on whatever link that seems interesting. One of the times he accidentally entered a video which was showing two adults having sex. He was a little disturbed, but also very curious as he did not know much about sex and wanted to learn more.

Should Ratha continue watching the video?

There is a boy that studies with Bopha at school named Reach. Bopha thinks he is smart and handsome and all the girls in her class like him. When Reach saw she got a new smartphone, he asked for her number. She was really excited and happy to talk with the most handsome boy in class! They messaged for a while, and after a few messages he asked her to send him a photo of herself.  She took a selfie and sent him, but he was not satisfied and asked for her to send a naked picture of herself. She was so surprised and felt extremely uncomfortable. He said it was just because he liked her so much and he assured her he won’t show it to anyone else. He said they can use an app which will erase the photo automatically after 1 hour so she shouldn’t worry. Bopha really liked him and was afraid that if she refused, he would stop talking to her.

Should Bopha meet Leap in person?